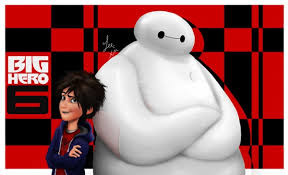 Nerds all across the country cheered when Disney's Big Hero 6 won the Academy Award for Best Animated Feature. I did, at least. I'm a big fan of the movie. Shortly after its debut, I wrote a post featuring a few fun at-home science experiments inspired by the movie's female characters, Honey Lemon and GoGo Tomago. (I also had a chance to interview Disney Animation CTO, Andy Hendrickson and the movie's technical supervisor, Hank Driskill.) I've ... END_OF_DOCUMENT_TOKEN_TO_BE_REPLACED 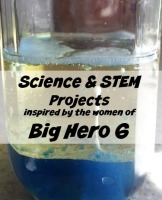 Big Hero 6 Science Fun Inspired by Honey Lemon and GoGo Tomago Do you love Disney's Big Hero 6 as much as I do? It's exciting, adventurous, and features two super smart and highly capable STEM girls. That's why I'm shining this week's STEM Girl Friday spotlight on the movie's Honey Lemon and GoGo Tomago. I'm also sharing science and STEM exploration activities inspired by the pair. You can meet the full team of heroes in the video at the bottom ... END_OF_DOCUMENT_TOKEN_TO_BE_REPLACED 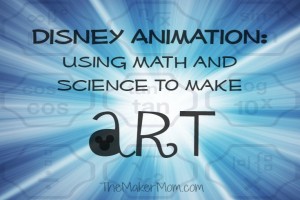 Meet Hank Driskill, Technical Supervisor at Disney Animation I connected with Hank as part of a press tour (a virtual one done from the comfort of our respective offices) for the new Disney movie, Big Hero 6. The movie comes out November 7, but I got to watch a preview last week. Big Hero 6 is a visual feast. It's fun and exciting with the exception the requisite very sad death scene and also a parting later on. The former is a necessary ... END_OF_DOCUMENT_TOKEN_TO_BE_REPLACED 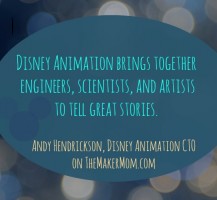 "Do you know about that new system they used to make Big Hero 6?" one of the Maker Teens asked me yesterday, "It's so fast it could render the entire movie Brave in, like, 10 days." In a Freaky Friday-like switch I was the one who responded with an eye-roll. "You mean the Hyperion system? The Disney Animation supercomputer that ranks among the top 75 most powerful in the world? Do you read my blog?!"  I sighed with adolescent drama. "I already ... END_OF_DOCUMENT_TOKEN_TO_BE_REPLACED