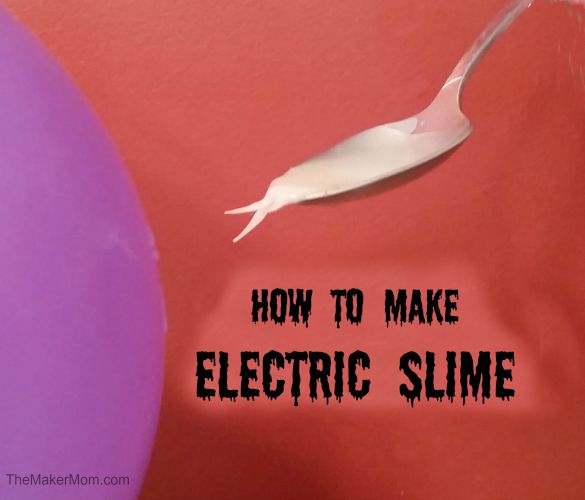 Are you planning a Halloween party? Electroactive slime, sometime called electric slime, provides the perfect opportunity to show off your spooky scientific powers. You can fool partygoers into thinking that you’re controlling the electroactive goop with your telekinetic powers. That is, until you explain the science behind the trick.

How to Make Electroactive Slime 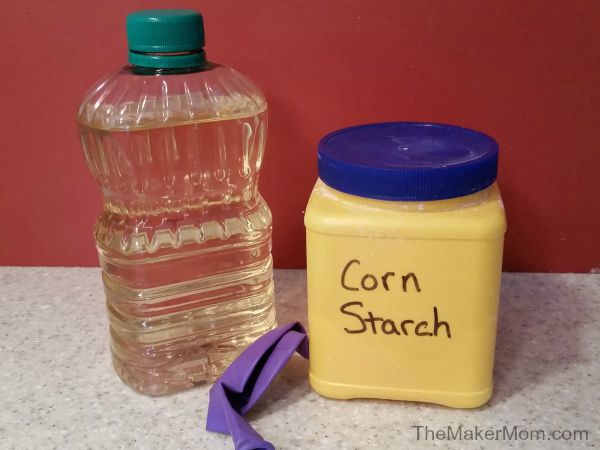 Mix the cornstarch and oil in a 1:1 ratio. A batch consisting of ¼ cup of each will provide more than enough electroactive slime for curious hands and minds. 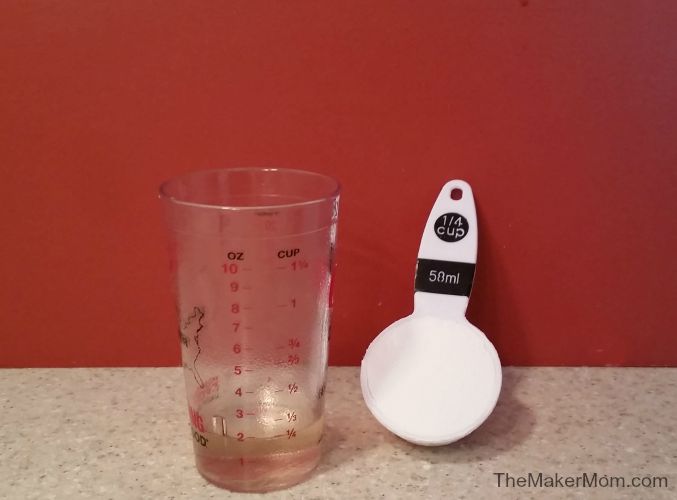 This is a good opportunity to introduce the concept of viscosity, or how well a liquid flows. A liquid like water, which flows smoothly and easily, has a low viscosity while cake batter has a high viscosity. Tar has a very high viscosity. In fact, pitch, a derivative of tar, is part of the world’s longest-running lab experiment. In more than 83 years, only nine drops of the substance have fallen from the barely dripping sample. Click to watch it in real time.

This experiment will only take a minute, though. When you mix the two ingredients, you want something that flows more like water than cake batter or tar pitch. 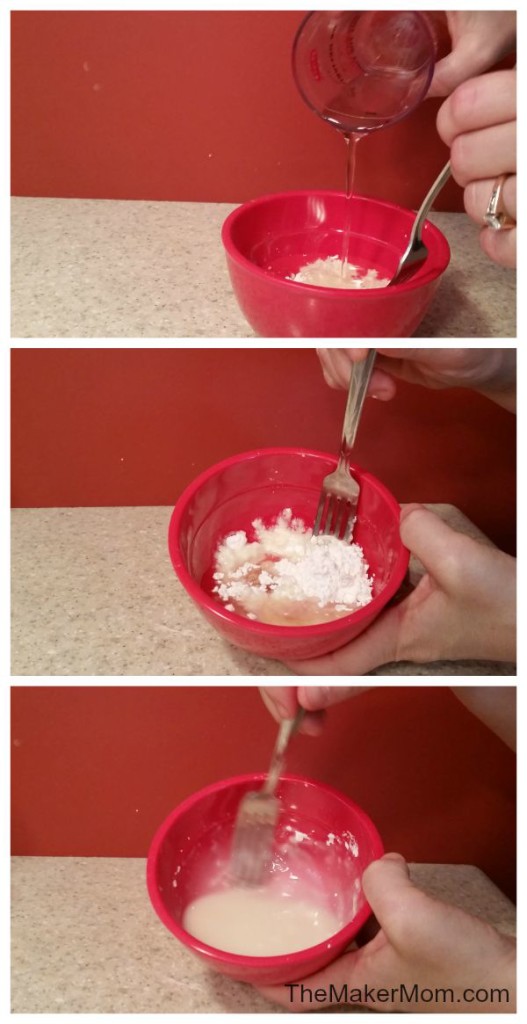 See how the liquid flows in a thin stream? That’s what you’re going for. 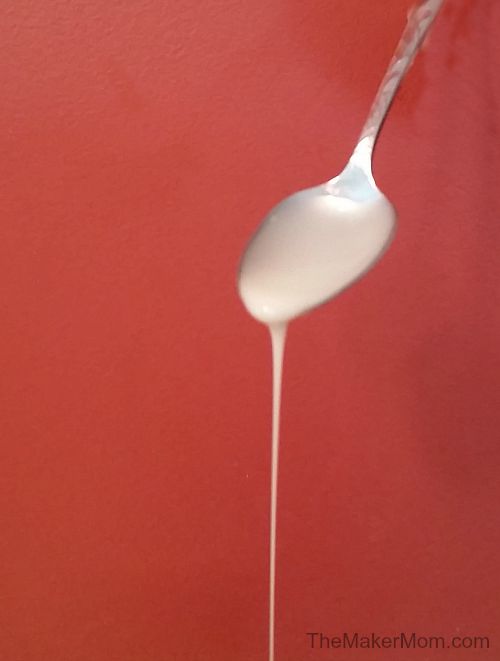 Set the liquid aside for a moment.

Inflate and knot the balloon.

Rub the balloon or chunk of Styrofoam back and forth against a shirt or a thick head of hair. Can you guess where I’m going with this? You’re going to create a build-up of electrons, commonly known as static electricity. 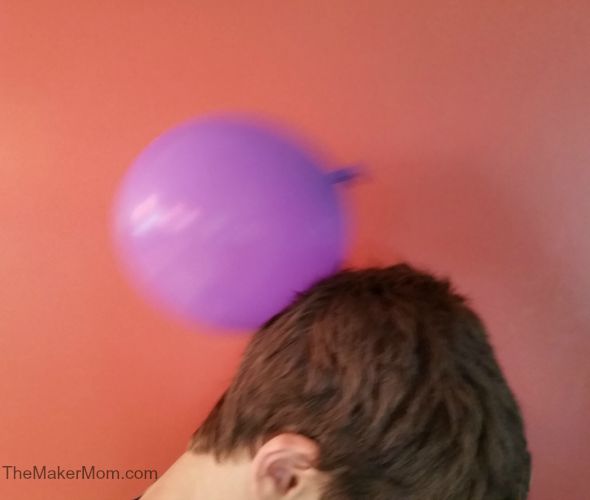 Now for the fun part!

Ensure that your batch of slime is well-mixed and scoop up a small spoonful. As you let the goop slide from the spoon in a stream, bring the charged balloon near to it. Observe as the electroactive slime ” jumps” to the balloon rather than sliding down the spoon! 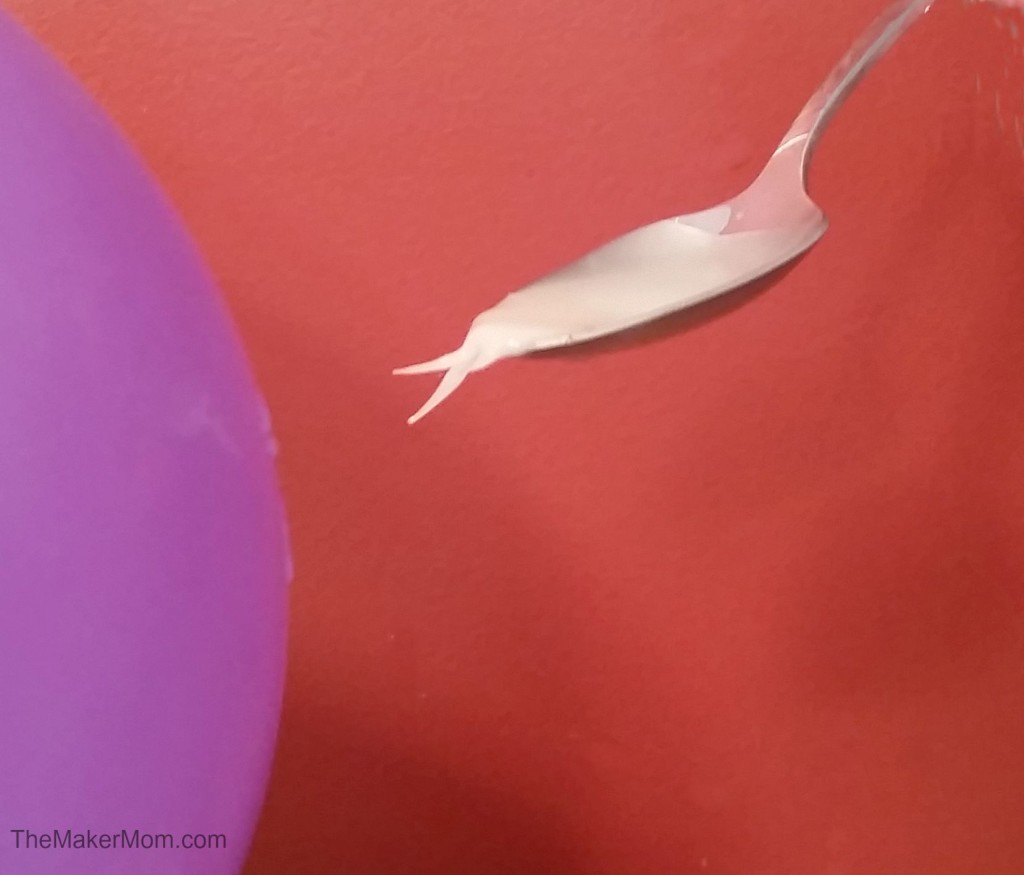 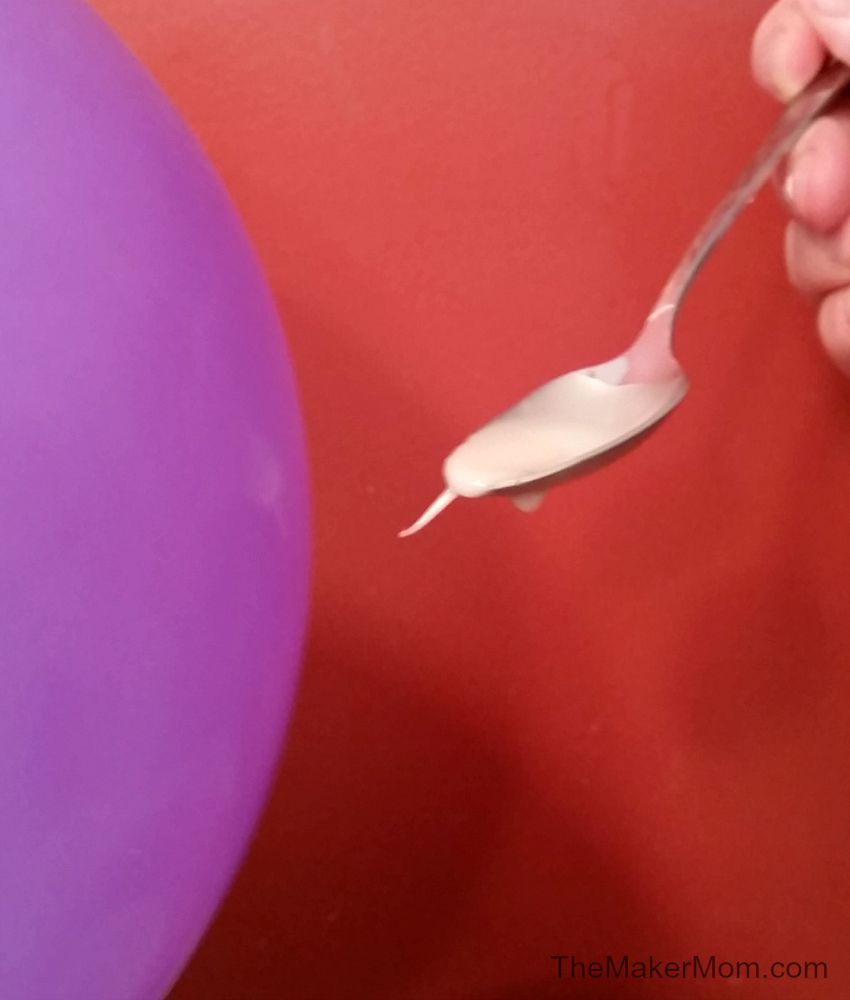 The electric slime can sit, covered, on your counter for several days. However, the ingredients will separate over time, so be sure to mix it again before your next demonstration.

Because it’s an oily mixture, dispose of it in your trash bin, rather than down your drain, so it won’t muck up your pipes.

You can learn more about the science behind the seemingly magical attraction here. To turn this from a mere demonstration to an actual experiment, think about what variables you’d like to change. For example, are there other kitchen ingredients that might work? I experimented with powdered sugar and oil, thinking it I’d produce an edible version of electroactive slime. I might have been on to something, but stopped experimenting after I tasted it and realized it did not have snacktivity potential.

Do you think you can directly attract cornstarch or other dry baking ingredients to a charged up balloon? Try it and see.

Looking for more science fun to bring your party (or household) to life? 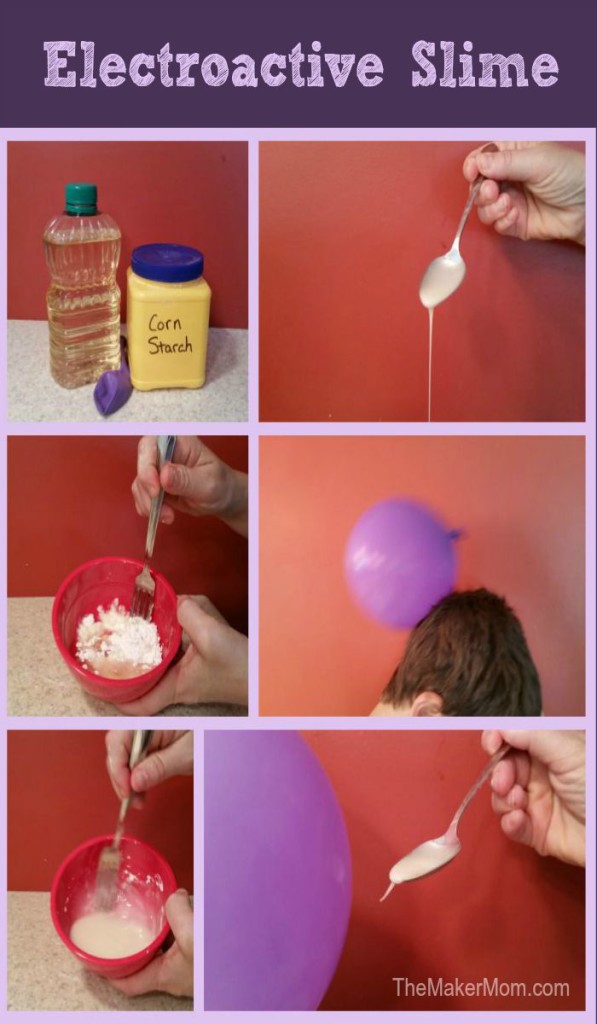