When I say that my son, Isaac Moldofsky, won the Verizon Innovative App Challenge, I don’t mean it in the traditional sense. Indeed, the Verizon folks only know him as some kid whose name appeared on an entry form back in 2013. I’ll explain below how he won. But first, read about the 2016 Challenge.

This competition is all about the ideas. The challenge is open to middle school (grades 6-8) and high school students (grades 9-12) in the US. Students work in teams of 5-7 and must have an advisor, though a single advisor can be responsible for multiple teams. The most important thing to know is that this highly accessible competition is open to all.

Each student team submits a 3-minute video along with responses to essay questions, but there is no coding or computer programming required. Winning teams will receive the support they need to bring their ideas to fruition in the form of awesome apps. Click to read the rules and FAQs so you can get started.

How My Son Won the Verizon App Challenge

As I said above, my son won, but not in the way you’d expect. A day or so before the 2013 application was due, his team fell apart. He cobbled together a few friends in time to submit their app idea, an efficient check-in system for their school’s in-house peer tutoring center, within hours of the entry deadline. Verizon didn’t think it was a winning idea. But as one of the peer tutors, he knew that the app would benefit the center, so he decided to build it on his own.

He scrapped v. 1 and started from scratch. He honed his coding and planning skills, called in for help when he needed it and made some good progress. However, at some point, most (maybe all) of v. 2 was scrapped. I think the issue was that his app needed to tap into the school’s main student database, which meant Isaac would have access to the main student database and,  understandably, school officials would not allow that.

By v. 3, I’d lost track. I only know that at one point when I called him up from the basement to join us for dinner while he was working I got a text back: I’m Skyping with an iOS developer from Australia. Be up soon.

From what I gather, developing and deploying an iOS app, is much more complicated than than one for the Google Play store. A couple of his friends jumped in here and there, but they often knew less than he did. A couple of my friends helped him troubleshoot. (Thank you Jami Becker and Don Bora.) And in the end, his Apple-loving friend, Josh Byster, helped weave the final iOS pieces together.

My son owned this entire process. My husband and I observed from afar, often wondering if he was hunkered down in the basement debugging the app or just playing online games. Admittedly, sometimes it was the latter, but the App Store listed Tutor Center last week(!), so clearly he did work, too. 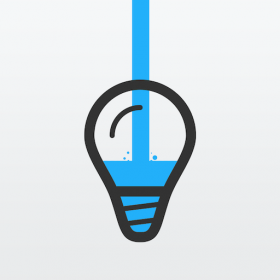 Had Isaac’s team actually won the Verizon App Challenge, the development process would have been shorter and smoother, but nowhere near as rich. Isaac learned something with every twist, turn, wrong move, and road block. He not only honed his coding skills working on a real-world project, but he learned when he needed help and was resourceful enough to find it. He learned a lot about planning, creative work-arounds and project management, finally buying into dad’s mantra that “things always take longer than you expect.” Isaac’s perseverance and dedication to the task were impressive. I”m so proud of him. And to top it all off, the tutoring center now has a seamless way to check in students and match them with peer tutors.

If that’s not winning, I don’t know what is.

I doubt he would have considered making the app were it not for the Verizon App Challenge. I think kids always win when they enter STEM competitions even if they don’t walk away with the most publicized or tangible prize.