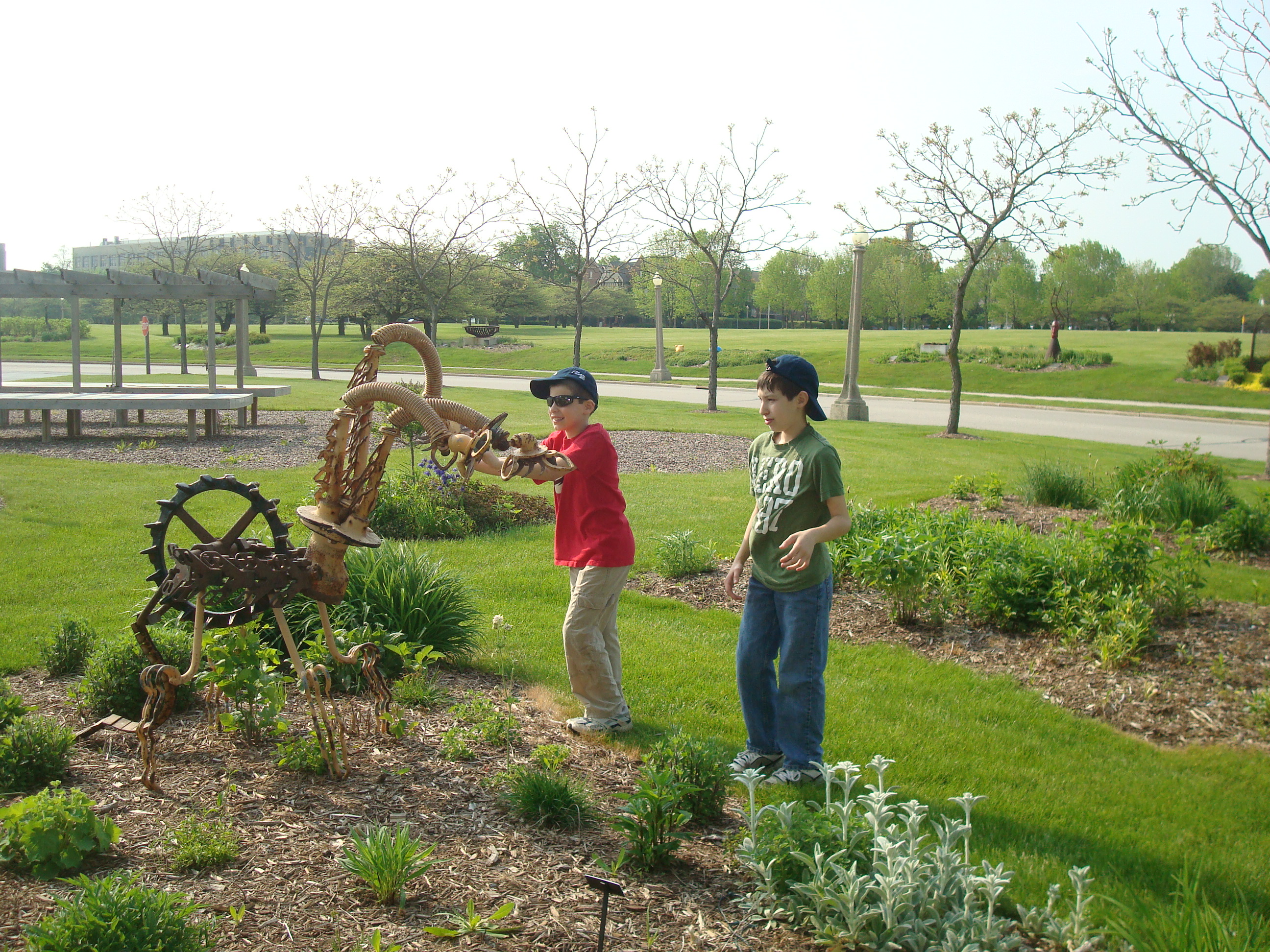 I’m heading to Louisville, Kentucky today to serve as a digital correspondent for the Alcoa Foundation at National Leadership and Skills Conference of SkillsUSA, an exciting student STEM competition. Follow along on Instagram and Twitter  and look for #NLSC15. Stay tuned for more in-depth coverage on the blog after I return. It will be a quick trip with a laser focus on my work, but it got me thinking about the family-oriented STEM fun that abounds in Louisville.

We took a family trip there in back in 2009, when I was writing for Travelling Mom. Louisville is not only a day’s drive from Chicago, but it’s also an easy trip (less than 400 miles) from Detroit, Pittsburgh, Nashville, Milwaukee, St. Louis, and other major metropolitan areas. There’s plenty to keep a family busy for a long weekend, if not a full week.

Full disclosure, because I was on a travel writing assignment, I was extended complementary tickets to the spots we visited. Also, my husband produced the videos below.

We took a steamboat trip on the river. Although watching an actual paddle wheel and steam engine in action was exciting for a while, I’d skip the river boat trip if you have active young ones. Mayflies, you might recall, only live for a day. Well, that single day coincided with our boat ride. The outside of the boat was covered in the harmless (but not cute) flies.

The Louisville Slugger Factory Tour and Kentucky Science Museum were downtown hits. We also enjoyed observing the working artists at Louisville Glassworks (and not just because there was a young Matthew McConaughey lookalike busy in the shop; watch the video). Glass blowing and shaping is a very physical process. I love my son’s narration below. His little boy voice is long gone. Sigh.

We also set off on the Kentucky’s famed Bourbon Trail. We headed down scenic country roads to the Maker’s Mark distillery where we learned about making alcohol, a key science lesson for all children, right? We even got to stick our fingers in the fermenting mash, which was disgusting on several levels.

One of the unexpected surprises of the trip was a spontaneous visit to The Falls of The Ohio State Park, which has a interpretive center in addition to a wealth of fossil-embedded trails. In fact, according to their site, the 390-million-year-old fossil beds are among the largest, naturally exposed, Devonian fossil beds in the world. Not bad, Indiana! Oh yeah, the park is located just across the Ohio River from Louisville on the Indiana boarder.

The Mega Cavern is a must-see. I think it was recently opened when we visited. We thought the tram tour was pretty cool, but those were more innocent times. The space has since been developed to include things like an underground bike park as well as challenge ropes course and the world’s only fully underground zip line.

We also explored some of the Louisville neighborhoods and sought out Louisville’s most famous dish, the Hot Brown. Don’t even read those words if you have cholesterol issues.

Louisville is also home to a zoo (located above the Mega Cavern), the Churchill Downs, The Kentucky Museum of Art and Craft, a makerspace and more. The Maker Family gives Louisville a thumbs-up for family fun!

*If you want to get technical, the photo above is actually from a lovely getaway to Kohler, Wisconsin. The Louisville photos are apparently archived on my husband’s computer.