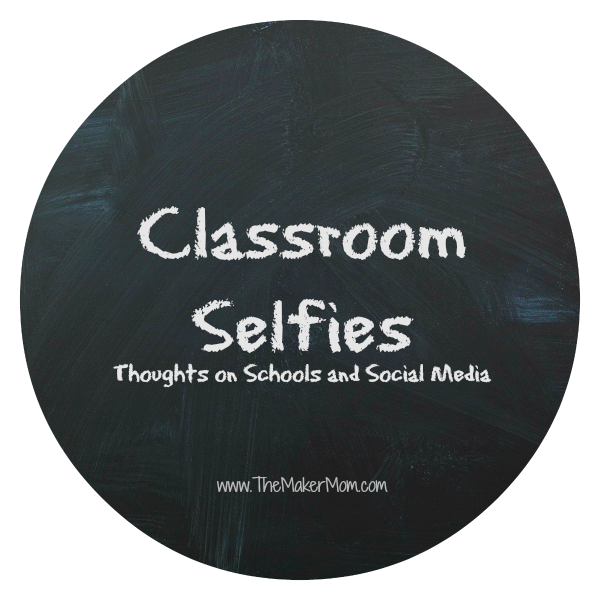 I had a great time meeting people and showing off new educational technology at NICE MiniCon. It was a wonderful and enriching day. The event was topped off by a keynote talk from Josh Stumpenhorst, the 2012 Illinois Teacher of the Year. Busy packing up my stuff, I was a bit late getting to his talk, but the chatter on Twitter was positive. From what I heard, his keynote was all well and good until he encouraged schools to “tell their stories” online. Specifically, he encouraged schools on social media like Instagram.

Social media at its best is much more about participating in a conversation than telling a story, but we can put that aside a moment.

Educators hear other educators extolling the virtues of a given social platform and they in turn urge their colleagues to dive in without a careful assessment. This happened at my son’s school last year.

I know a lot of teachers on social media. I know many who have built strong Personal Learning Networks (PLNs) on Twitter. Many educators participate in #STEMchat. I like educators. I am not against teachers joining social media.

When an administrator encourages her or his staff to join a social network, a few things need to be clarified. For example, is the teacher setting up a personal account or a school account? Yes, I know the personal and professional tend to blur in the digital age, but it’s important to answer questions like what is the reason for this account? Who is the intended audience?

If it’s a personal account @SexxyTeacher might be just the right handle. However, if it’s for professional use @ITeachMath might be a better choice. If a school is encouraging staff-wide use of Twitter (or Instagram), there should be some uniformity to social media handles, like @D42MathDavidson @D42ScienceJones; names that clarify the relationship with the school district.

Teachers, if you want a personal social media account, by all means get one. But do assume that if it’s public, parents and students will find it eventually. That’s how the internet works.

Schools should have clear guidelines about online interactions with students, policies about how to handle contentious issues in the school or community, etc. There are attorneys available to advise on such matters. Or perhaps your insurance company will set the tone.

I know! Attorneys and insurance companies so much of the fun out of social media.

But they can help you be smart and safe. Speaking of which, my lawyer wants me to assure you that I’m only offering my opinion and not legal advice.

A Picture Is Worth a Thousand Words

Visuals are taking over social media. Photos play an increasingly important role; photos tell the story. Getting on Instagram is one schools can tell their stories through social media.

For years schools have been taking photos of students and posting them on their websites, so why not put those photos on Facebook, Instagram or Twitter? Well, as a parent and longtime social media mom, it feels very different to put a photo up on a what is likely a lightly trafficked school website compared to very public social media platforms.

Stumpenhorst joked in his keynote that parents should (I’m paraphrasing) “stop watching Dateline, the white van isn’t going to show up outside school and snatch your kids.”

In other words: lighten up moms and dads!

Here’s my deal. I rarely posted photos of my kids online when they were younger, but not so much because I thought they’d be kidnapped.

I had a more realistic fear*:

I also know someone whose lifted family photos wound up in ads halfway around the world, discovered by chance by a loyal blog reader.

I have friends in the diet and fitness blogging realm whose photos have been stolen and used in diet ads.

I know someone whose kid’s photo was illegally copied and pasted and turned into a viral meme.

Oh, and I can’t leave out the time a man showed up on my doorstep one day to ask a question related to something I posted on my blog.

So, yeah, creepy things can happen.

Creepy stuff aside, what about the mom who is trying to keep her kids from an abusive noncustodial parent? What about the undocumented family? What about the person that simply wants to minimize their digital footprint? Just because a person has nothing to hide doesn’t mean they want to live a very public life.

SHARING IS NOT NECESSARILY CARING

(By the way, have you read The Circle** by Dave Eggers?)

Its not just the unknown creeps or what may be imaginary “bad guys.” Let’s talk selfies. Maybe I’m too nerdy and introverted to understand them. I just don’t. But I know that it often takes more than one shot to get the right image to share and that they are not always as quick and spontaneous as they seem.

I don’t know what goes through someone’s mind when they share a selfie. But I do know that thought should be given to anything-any word, any image- that we post online.

And that’s where I get most concerned about classroom selfies. Do teachers just post public photos as they go? Doesn’t this divert attention to the matter at hand, like learning or having fun or preparing for PARCC?

Is there a group discussion from the youngest grades on up about social media sharing that fosters positive digital citizenship? Questions about what to share, whom to share it with, and why it’s being shared.

Interstingly, just as I’m picking up on more administrators urging social media involvement, more schools bringing technology into the classroom, I’m hearing an increasing number of stories about putting our tech disruptions aside, taking tech breaks,  keeping our devices out of classrooms.

Whose Story Is It Anyway?

A school’s story is inevitably linked to that of its students. Does that mean students are obliged to play a role in telling it through social media? We live in a weird and wonderful world of technology, but we’re still figuring out what it means to inhabit such a place.

Whether in the form of a photograph or a test score, there are some big questions looming about student data. We need to have conversations about how we approach using and sharing data.

So if educators and parents are game and students, well, I think students have the right of refusal to participate, but they can’t legally give consent to opt in until they’re 18–or at least 13 years-old per the terms of service of most social networking sites, right? Sheesh this can be so messy if you stop to think about it.

And you should think about it. Maybe Instagram is the right way to tell your story; maybe Twitter and Facebook are wonderful channels to spread the great work taking place in your school. I can’t say what’s right for a given school district, I just urge you to move ahead in thoughtful and purposeful manner. Don’t jump in just because your colleague invited you to the party.

*This should totally be an upcoming episode of Black Mirror, the highly disturbing, technology-driven, dystopian modern version of The Twilight Zone.